The store will not work correctly in the case when cookies are disabled.
SPTIL-SMLS-SH
Email

In stock
$39.95
Evil Cake Stencil
Notify me when the price drops
Related Products
Check items to add to the cart or
Skip to the end of the images gallery 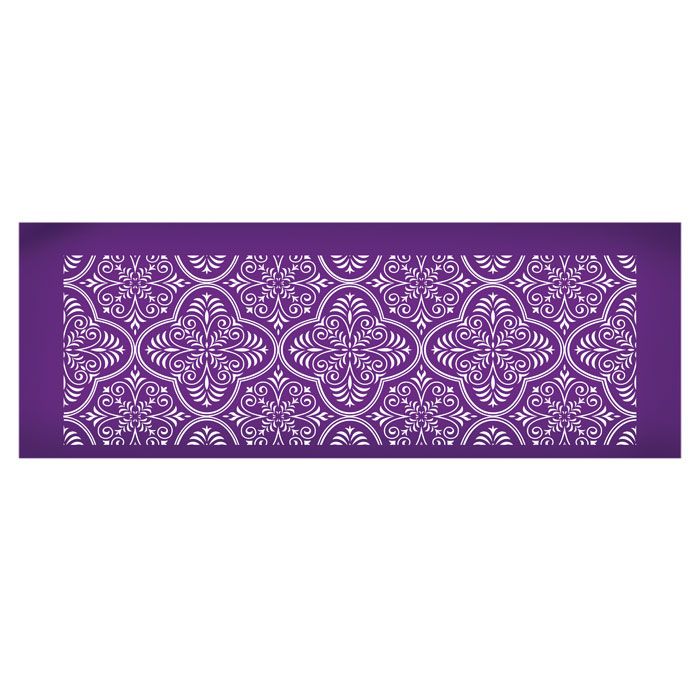 Traditional Folk Art recreated in seconds! Mesh Stencil. Pattern measures roughly 4.25" tall by 12.95" wide (sized to fit two times around an 8" diameter frosted tier perfectly). Lines up seamlessly side to side. All of the Navy Blue pattern shown on this tier was done using the mesh stencil! The pale blue accents were painted over the stenciling for such a realistic tile look that would make Gaudi want to smash it up and make a park bench out of it. Not in the mood for Spanish tonight? This Mesh Stencil would be a stunner in black and white, charcoal grey, practically anything other than blue, and it is a gorgeous tin ceiling tile pattern. Photo tutorial for mesh stenciling including. We also include basic tips for cake painting. Mesh Stencils are similar to traditional Acrylic stencils, only they allow for finer detail. The technique is similar to traditional stenciling with Royal Icing. 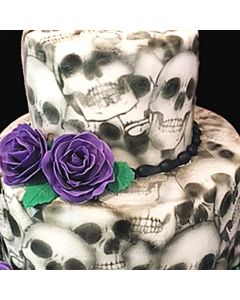