The store will not work correctly in the case when cookies are disabled.

What happens when two Evil Cake Minions get married?  We go shopping in London, and make a couple of awesome cakes and some new stencils for everyone!! 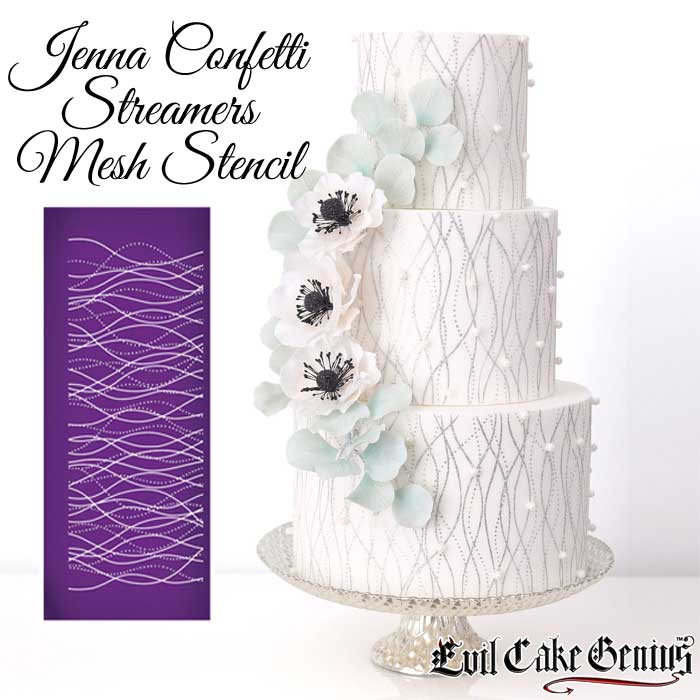 Let's start with our new Jenna Confetti Streamers Mesh Stencil.  It all started with a "let's just go look" dress shopping day after Cake International last November.  After all, the train ride to London is short, and Oh, Crap!  She found the dress.  So a quick trip to a street market to buy a cheap carry on, and the lovely ladies at Bride's of London crammed that sucker (I mean, packaged that beautiful gown) into it for the trip back to the States. 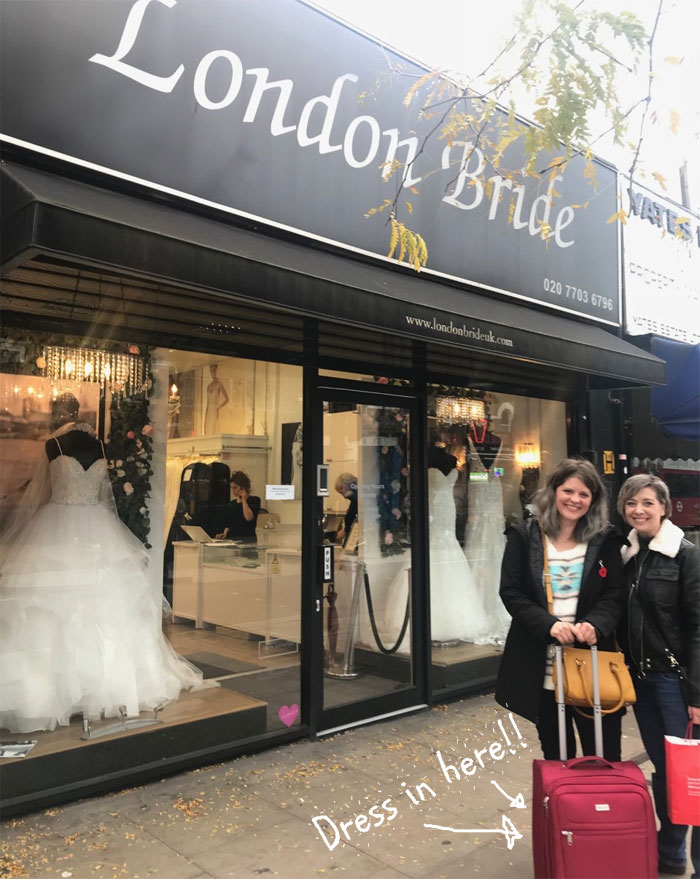 The Cake design was simple!  Just one look at her sparkly dress pattern, and we turned it into a Mesh Stencil. We stenciled it in pale grey royal icing with lots of piping gel to slow the dry time, and then doused it with Techno Glitter!  Probably could have just pressed the glitter onto the stenciling with our hands, but hey, who doesn't love glitter bombing their kitchen?

But how about the top tier cake for their one year anniversary?  Sure, we could just have them freeze the top tier of their cake, but instead, we Evil Geniused a second mini cake tier into an Edible Guest Book!  We used one of our Mesh Stencils to encourage people to sign the cake in Edible Markers, and now they have an edible guest book to read/eat on their anniversary. 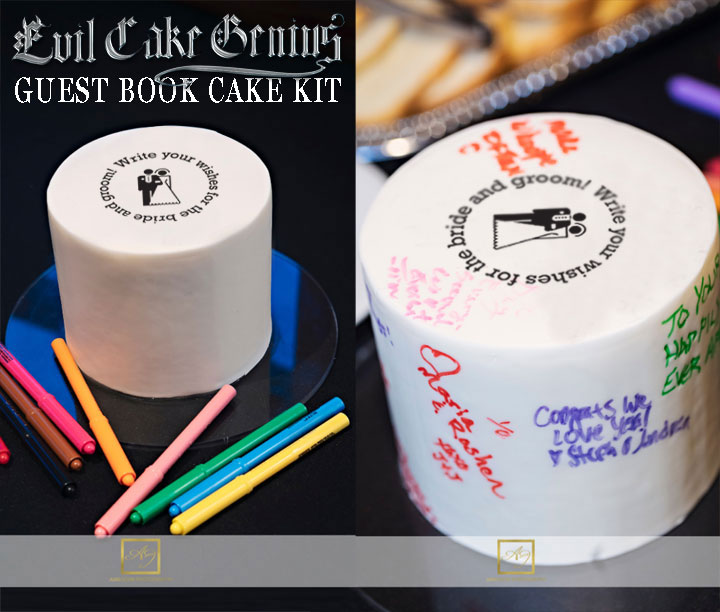 The cake was such a hit, that we've put together a Guest Book Cake Kit with the stencil and markers.

Now how about some pictures of that dress, and the adorable new Mr. and Mrs. 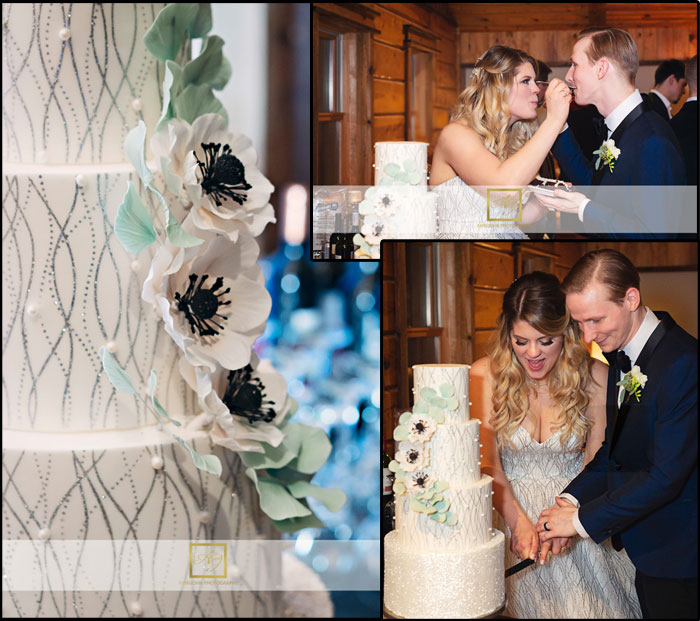 And yes, that bottom tier is covered with our Edible Glitter Squares and if you want to know about how we made the Gum Paste flowers on the cake, Click HERE

***Be the first to know when new videos come out! Just sign up for our newsletter***