The store will not work correctly in the case when cookies are disabled.
ROSE-AB614
Email

In stock
Special Price $31.46 Regular Price $34.95
Evil Cake Stencil
Notify me when the price drops
Related Products
Check items to add to the cart or
Skip to the end of the images gallery 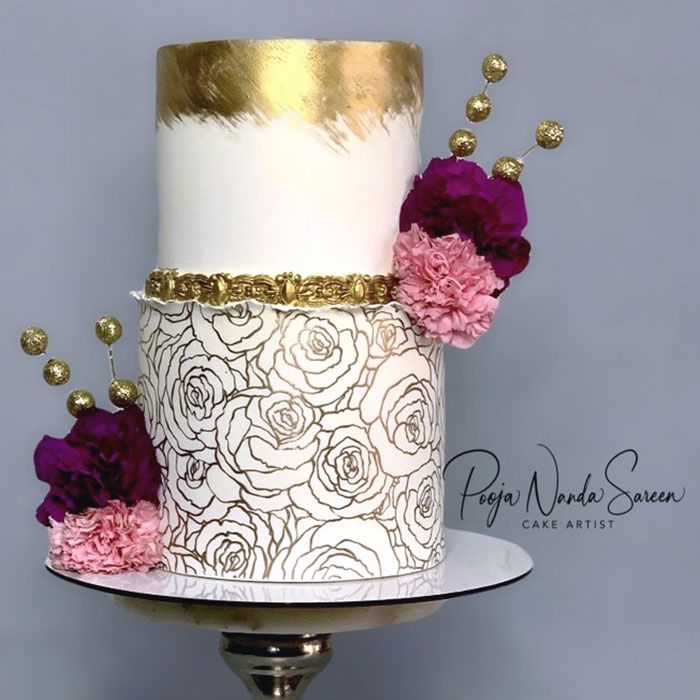 IF YOU CHOSE THIS STENCIL, YOU'RE A ROMANTIC!!  You swoon over all things traditional and a fairytale romance is your thing.

Modern Romance!  The Evil Cake Genius wants to stencil her bedroom walls in this pattern.  She'll settle for making a cake though. Tutorial for Mesh Stenciling in Royal Icing is included. Pattern measures approximately 13" wide by 6-1/4" high. Pattern is set up to be seamless from side to side for use all the way around a cake.  Fits perfectly 2 times around an 8" round tier, but can be used on any size tier and taped off with masking tape to prevent overlapping.  Shown stenciled in Gold Powder mixed with Vodka, then thickened with Clear Piping Gel to keep it's beautiful sheen! Mesh Stencils are similar to traditional Acrylic stencils, only they allow for finer detail. The technique is similar to traditional stenciling with Royal Icing. A photo tutorial is included with each Mesh Stencil set. 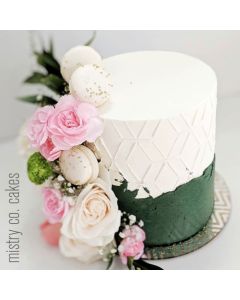 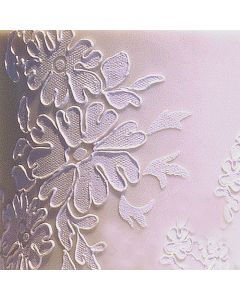 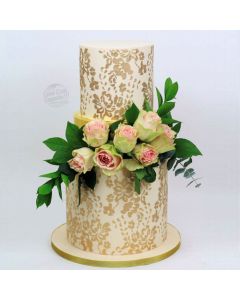 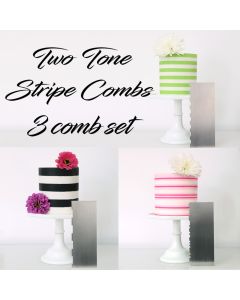 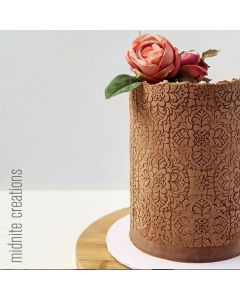 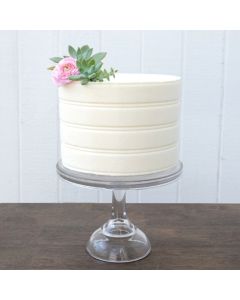 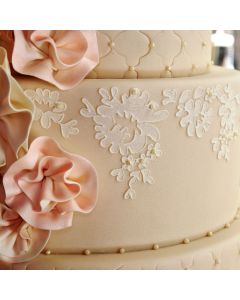 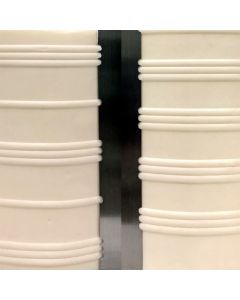 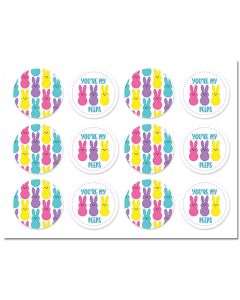 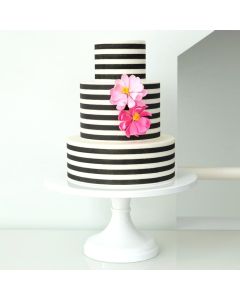